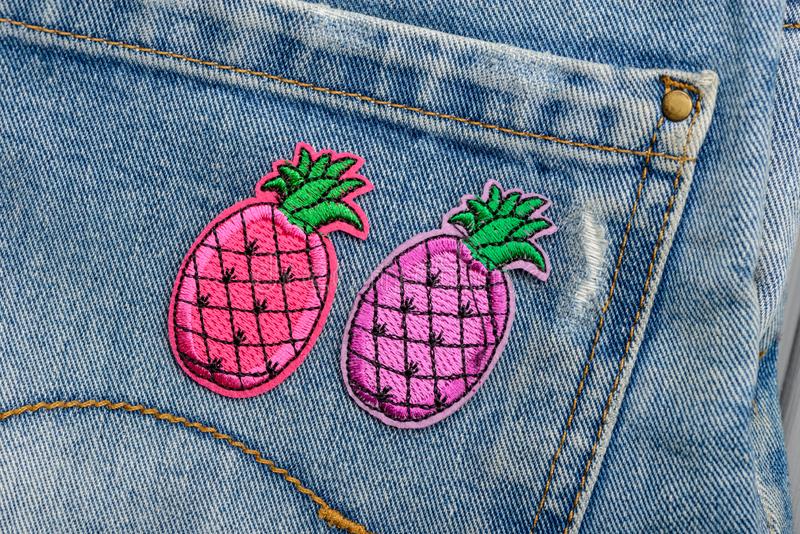 Hey Friends! Are you planning to start sewing in this quarantine to kill time? Well, most likely, if you are then, an essential query that you might have up there in your mind would be that can you sew an iron-on patch? So do not miss up on today’s blog, as today we’ll be discussing it in detail to clear out your confusion about an iron-on patch.

Can You Sew An Iron On Patch?

Iron-on patch, no doubt, is specifically designed to be attached by ironing the patch on fiber. But there is another way to fix your iron-on patch by sewing it on the desired fabric.

What Kind Of Fabric Is Suitable For Iron-On Patch?

According to sewing experts and my experience, it compels me to tell you that never use an iron-on patch on fabrics such as leather, nylon, and plastic materials. The suitable fibers for the iron-on patch are cotton and denim.

What Is The Main Difference Between Sew-On And Iron-On Patch?

The key difference between the two patches is that sew on patch requires to be sewed on your desired fabric. In contrast, the iron-on patch has an adhesive back, which tends to stick to your fabric whenever ironed.

How To Sew An Iron-On Patch?

So let me clear this ambiguity, Iron-on patches can be sewed with hands and with the sewing machine. Most people avoid sew-on patches because they want to attach patches quickly. People think that sewing is difficult, but it is very soothing.

With the hand, prefer hand backstitch to hide faults. With the sewing machine, the zig-zag way of stitching provides more chance to hold the patch in its place for a long time.

What Kinds Of Thread Colors Are Preferred While Sewing?

While choosing colors to take care of your iron-on patch matching color, if you feel difficulty, then the best option for you is to sew the patch with invisible or smoke colored thread. While hand sewing or with a sewing machine, there comes a thread color confusion.

Do Boy Scouts Have Iron-On Patch? Can It Be Sewed?

Yes, boy scouts have an iron-on patch. These iron-on patches are usually fixed with strong glue, and the patch mostly remains for a longer time. But if your child is regularly going to events, then there’s a chance that the iron-on patch may come off its place. But this iron-on patch can be sewed; whether you press or wash it regularly, it will not easily peel off from the uniform.

What Are The Risks For Iron-On Patch?

Risks or problems are part of life. When you buy an iron-on patch, from your side, you take care of every single step while fixing it to the fabric. But the gluey material used on the back of the iron-on patch can be less effective or durable.

What Are The Benefits Of Sewing Iron-On Patches?

The most durable and easy apply iron-on patches, as per my experience, are Libiline Styles Embroidered Patch Sew On/Iron On.

Iron-on patches can be sewed easily, and sewing patch is not much difficult. The iron-on patch can be sewed with wedge needles rather than a normal one. The invisible color of thread can be useful to hide any fault.

While using a sewing machine, the zig-zag way is easy and useful. By hand, using a straightforward and regular practice of stitching is good. Avoid exposing iron-on patches to high temperatures and use fabric like cotton.